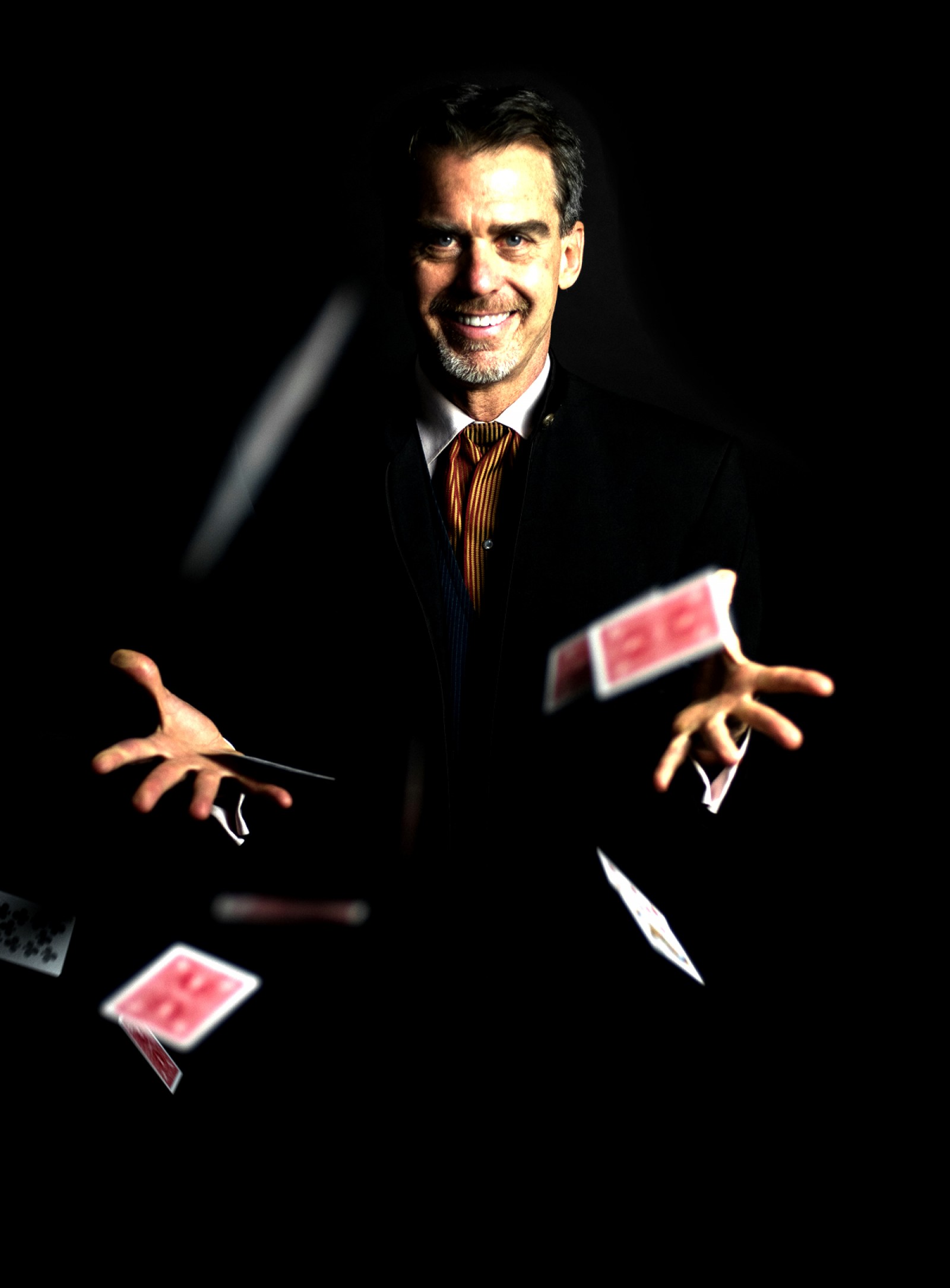 Sean’s blend of magic and storytelling have been part of the Chicago theater scene since his 1992 run at Shattered Globe Theater. Since then he has performed extended runs at Live Bait Theater, The Music Box Theater, Theater Wit and The Chicago Magic Lounge.

Each year Sean performs close-up magic at hundreds of corporate and social events for clients including Abbott Laboratories, The Chicago Architecture Foundation, Copia Capital and The Driehaus Museum.

In addition to Chicago appearances, Sean performed at Governor Pritzker’s inaugural ball and Chicago’s tourism bureau flew Sean to Paris to perform for French travel journalists to promote Chicago. His language skills have allowed him to perform at dozens of festivals throughout France including Festimagic in Paris and The International Theater Festival of Grenoble.

Sean became interested in his craft at the age of 7 when he received a deck of Marshall Brodien's T.V. Magic Cards for his birthday. He made his first public performance at the Helen Plum Library in Lombard, IL at twelve years old. As a teenager he won Chicago's Junior Magician of the Year award. His dual interest in magic and theater lead him to study acting at Illinois State University. While there he picked up a 2nd major in French which explains his appearances in France.